Do you know the History of Asphalt?

DirtWorks Inc. » Do you know the History of Asphalt?

Do you know the History of Asphalt? 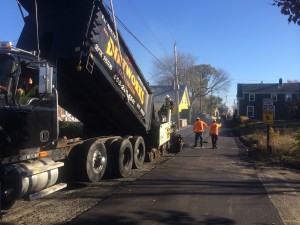 Asphalt has been used as a paving material for at least 2,600 years. Archaeologists discovered that the ancient Babylonians were using asphalt pavement as long ago as 625 B.C., and it may well have been the pavement of choice long before that time. Roman engineers also used asphalt in many of their projects, primarily as a watertight liner in their baths, aqueducts and reservoirs. However, after the Roman Empire fell, it would be hundreds of years before asphalt was “rediscovered” as a paving material.

The French and the Scottish began paving squares, streets and roads with asphalt in the early 1800s. By around 1825, for example, there were nearly 1,000 miles of asphalt-paved roadways in Scotland alone. This was the period during which engineers made great progress in learning the best techniques to use when building asphalt roadways, such as ensuring that the foundation was adequate to support the road’s traffic.

Engineers in the United States were a bit slower to adopt asphalt roads. The first asphalt pavement in the U.S. was not built until 1870, when the area in from of the Newark, New Jersey, city hall was constructed. A short time later, Pennsylvania Avenue in Washington, D.C., was paved with asphalt.

As the country expanded and the automobile gained in popularity, more and more highways and city streets were built as asphalt-paved roadways. Today, almost 95 percent of all roads in the U.S. utilize asphalt, either as an overlay atop a concrete base or as a full asphalt roadway, including many miles of the nation’s interstate highway system.

Asphalt is popular for many other projects as well. Tennis courts, airport runways, parking lots and racetracks are often paved with asphalt. As a “green” material, asphalt has found use as a liner for dumps receiving hazardous materials, reservoirs supplying water to the public and fish hatcheries. Because new uses are still being discovered for asphalt, it may well take many more centuries before the complete history of asphalt will be finalized.

If you are interested in learning more about the many uses of economical, durable and environmentally friendly asphalt, contact Dirtworks, Inc. We are a locally owned and operated asphalt paving and excavation company offering our services to residential and commercial property owners in Cape Cod. In addition to asphalt pavement, repair and maintenance, we also provide a full range of excavation, and asphalt milling and reclamation. We can even help with snow removal. Our crews are highly trained, skilled and efficient to provide customers with the best work at the most reasonable price. You can use our online form to request a free quote, or you can call us at 508-240-5541.